On Monday 21st of April, two CREA (Collective for Requisition, Mutual aid and Self-management) houses were officialized in order to host homeless families. Unfortunately, because of the arrival of the landlords and the police, the new inhabitants decided to leave the place. As a result of the solidarity to help to move out, the police forces were widely overnumbered: they comprised 9 riot police vans, the BAC (Anti Criminality Squad) and the DCRI (Intelligence police).

At the beginning of the evening, some activists – who had left to bring back cars to keep on moving the things out – were attacked by the BAC a few yards away from the houses. Some people got arrested. People showed solidarity and tried to understand these arbitrary arrests. Then the BAC took out truncheons, tear gas and a 40mm LBD (rubber bullet gun). An activist asked the cop holding the gun to stop aiming people’s heads because it could be dangerous, but the cop kept it at the level of people’s faces. Tension suddenly rose when the cops used their truncheons, dropping the gun on the ground at the same time. 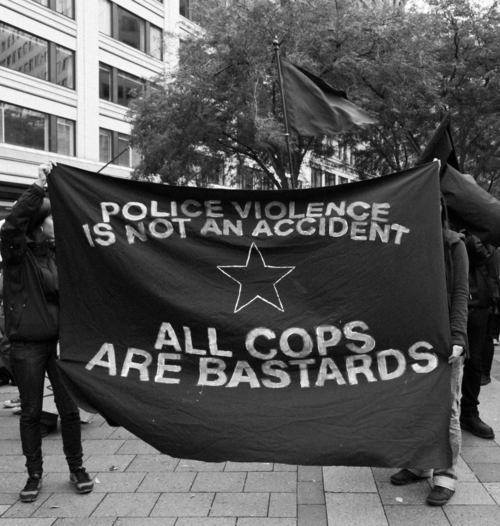 Activists stepped back, trying to protect themselves from police violence. Trapped between two BAC and riot cops lines, several people were beaten and handcuffed on the ground. An activist’s camera was thrown away from her hands to the ground and stepped on by the cops in order to destroy evidences of police violence.

A cop asked an activist to evacuate the place, which was a pretext to try beating him up with his truncheon. While he was leaving the place, he was shot in his face by a rubber bullet. Our comrade collapsed on the ground and was rescued by friends. The police blocked the emergency car and he was brought to the hospital by shocked neighbours who stood up in solidarity.

Shot right in the face, more than half of his face’s bones blew up. According to the emergency doctor, if the bullet would have been shot a few centimeters away from where it impacted, the skull’s bones would have blown up inside the brain, leading to death. Concerning his eye, it seems to be okay but a few days are needed to know for sure. 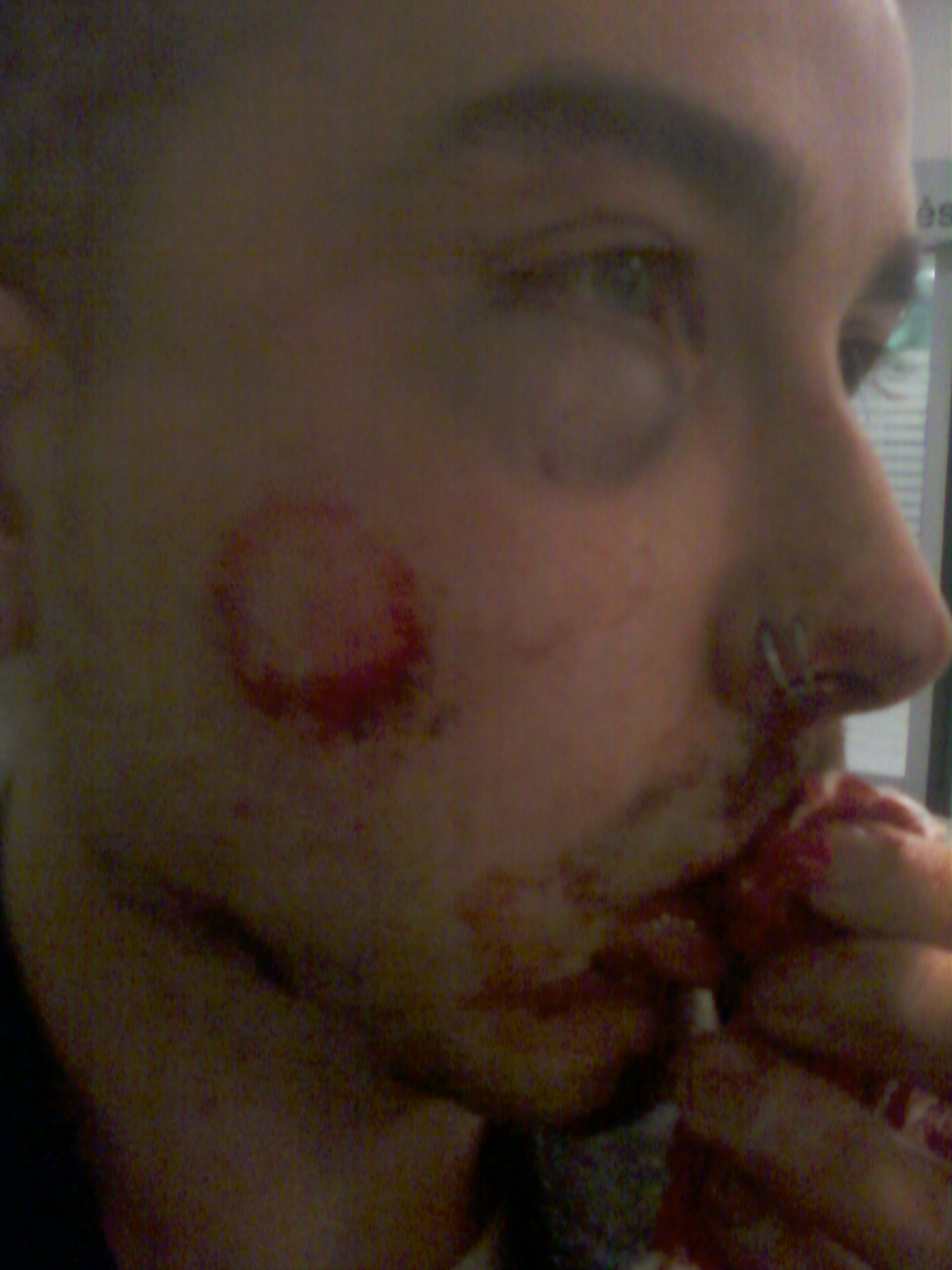 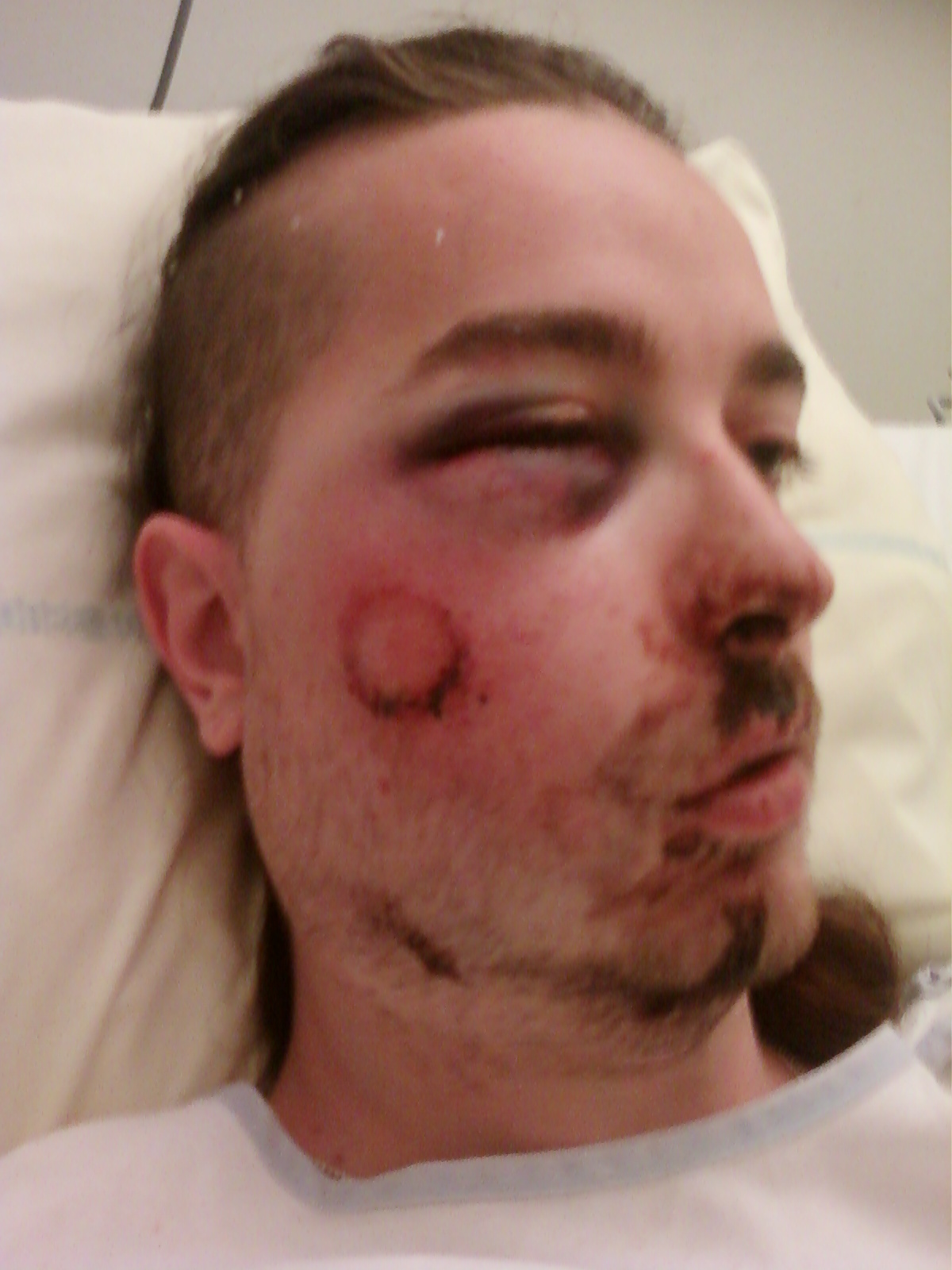 This cowardly attack will not stop the queer, vegan, antifa movement, neither the struggle for housing and documents for everybody!

We are looking for people who were present at this event in order to get testimonies.